vin-wiselee has 1 items in 1 collections

vin-wiselee currently have no wishlists.

This is a story about his journey in 1983. He's a monk in a temple and they were buying a new land for their temple. After they bought the land, they did not have any money left. There were nothing on the land, no floor, no doors, nothing.

So, in the first few weeks, they slept on a laying old door they bought from thrift shop. The doors were all old and had a wavy texture so they were having a really bad time sleeping on those but of course, the head of the temple got the best, most flat door.

At that time, they were really broke so they had to learn how to construct their own temple because hiring worker costs a lot even the materials costs a fortune. So, he learnt how to plan the foundation, cement the floor, set the bricks and pipes, and so on.

It doesn't look that hard, but he found out that it is a lot harder than it seems. Putting the brick on one side, holding it then putting another one, but then the initial brick moves. Fixing the first brick, the second brick moves. It's frustrating.

But as a monk, he has the patience and all the time he needed. So, he makes sure that every brick is set perfectly. In the end, he finished his first wall of bricks. He stared at it and realized that he placed two bricks in his wall a little bit crocked. Every other bricks are perfect but those two are a little bit off. Those two bricks made the entire wall looks bad and unpleasing for him.

After realizing it, he tried his hardest to pull out those two bricks but the cement is almost dried up so it was really hard to pull them out and replace them. Then the head of the temple said, do not try to replace them, let them be.

Every time his guest come and visit the temple after the temple half finished, he always avoids the wall that he made.

And then after a while, three or four months after making the wall, he walks around with one of his guest and saw the wall that he made.

the guest said to him easily, "that's a really nice wall". He was surprised of the comment he got about the wall. Then the guest continued, "yeah, I can see those two bad bricks, but I also see 998 good bricks." It changes his perspective about the wall.

He's shocked, for the first time in three months, he's finally able to see the rest of the bricks in the wall. Those are beautiful bricks. More than that, the number of good bricks in the wall are more than the bad bricks. All these times, he can only see and focus on the bad bricks. Now, he can peacefully see the wall as whole. The wall is still standing in the temple that they build for almost 20 years and he truly can't see the mistakes again.

How many times people break up with their spouse or partner only because of those two bricks in their life. How many of us got depressed and wanting to suicide because we can't take our eyes off the two bricks? In fact, there are a lot more beautiful bricks in their life, every corner of their life. Sadly at times, we just couldn't see those beautiful bricks and only focuses on the bad bricks. Even more, sometimes, we really really want to destroy "the beautiful wall".

All of us have these two bad bricks, but beautiful bricks inside of us are a lot more than the bad bricks. Once we open our eyes for those good bricks, not only then we can in peace with ourselves but also be peace with our mistakes, having a nice living with your partner and family.

One day, one of the builder come to him and tell him the secret of builders. That builder said that they always make mistakes. But, we told our client that that's the uniqueness of your house that's not going to be in other houses in your neighborhood. Then we asked for extra payment for it.

Uniqueness in our lives maybe started as a mistake. But with the same method, what you thought a mistake can be a uniqueness that can riches your life.
----- ----- ----- -----
I personally really love this story, simple yet so touching. He's one of my favorite people in the world. He taught me a lot about peace, love, and how to control yourself from conformity in daily life. He writes a lot of books and this is actually one of the story in his books. His books are for everyone, not only for Buddhist, So check him out, buy his books, or attend his talks. You will not regret it. :) 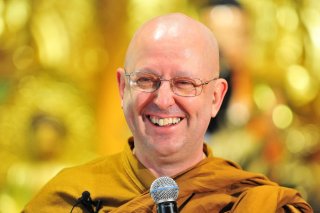 There are currently no comments. Would you like to add one?

You need to be a member for this action